Ever had a car that drives like a boat? No, not because you’re a terrible driver. You might have hit a pothole. Potholes are the worst for your car and they can cause all sorts of damage to your tires, breaks, suspension and more. In this blog post, we will discuss some of the effects of potholes on cars as well as how to spot them before it’s too late! 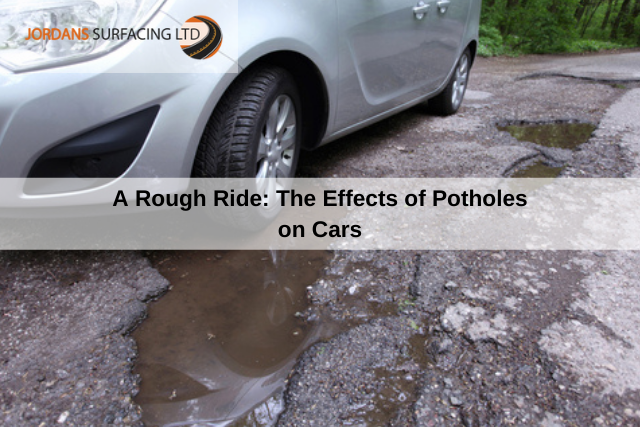 How Can Potholes Affect Your Car?

This all depends on how deep the pothole is and where on your car it hits. It might be a small chip in the paint, or something more serious like broken windows, dents to your wheel rim (which can affect how you steer) or even suspension problems. Not only that but they are super dangerous for other drivers as well!

Avoiding a pothole is also just as dangerous as trying to swerve around one. If you have a car with smaller tires, it could cause your steering wheel not to turn properly and make for a very difficult drive.

How Much Damage Can be Caused by Hitting a Pothole?

Repair costs can be quite high, but the cost of your car being damaged is more important. After hitting a pothole you should have some kind of inspection by an expert to ensure there are no other problems with your vehicle before getting back on the road- and if major damage has been caused or accidents occur because they were hit head-on then these repairs will likely end up costing much higher than expected due insurance premium hikes and possible claim payments from others involved in wrecks caused by potholes.

What Can Drivers Do to Help?

The best option is to avoid potholes all together of course, but when this isn’t possible or safe then simply slowing down can help. Collisions with potholes are often unpredictable and even if you do brake in time the sudden jolt means they can still be quite damaging- so reducing speed reduces impact forces which will lower the risk of major damages or injury.

Reporting the pothole and its location to the relevant authorities is also a good idea. Many local council websites have online forms and even phone numbers to call in order to report potholes, so don’t let that one go!

Alternatively, you can use independent organisations such as MySociety who will pass your report on to the relevant council.

There is no question that potholes are a nuisance for drivers. They can cause damage to your car and do serious harm if you hit them at the wrong angle or speed, but they also have an impact on the environment in which they reside.

In order to prevent this from happening in our area, we regularly repair potholes across South Wales with Jordans Surfacing Ltd, who have extensive experience with repairing damages caused by these pesky holes in the ground! We would be happy to come out and take care of any pothole problems you might face