Believe it or not, the Romans were the first civilisation to fully embrace the concept of a modern road. Without these efficient means of communication and transport, society would have taken centuries more to evolve. This is why the expression “all roads lead to Rome” is still well and alive in these contemporary times. 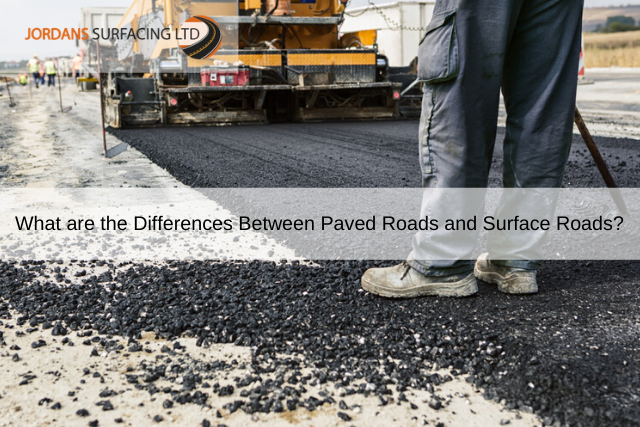 The surfaces of common roads have evolved over the ages and still, they can be separated into two main categories. What are some of the differences between paved roads and so-called “surface” roads? Let us see what professional road surfacing contractors have to say about the subject.

Paved roads are by far the most common surfaces that you are likely to encounter on a daily basis. The paving material itself will vary from location to location. This will often depend upon issues such as the grade of the land, the type of weather conditions and the amount of traffic that the road can expect. There are numerous paving substances which can be used including:

Paved roads are normally seen within urban and suburban regions.

Surface roads do not contain any type of hard protective covering. They are instead engineered by tamping down the existing soil. Still, a layer of gravel may be added in order to adequately address drainage concerns.

This is also why surface roads will often require more pothole repairs when compared to their paved counterparts. Surface roads are still quite common in rural and outlying areas.

Although we often take roads for granted, the fact of the matter is that society would quickly grind to a halt if they were not present. Please contact one of our team members if you have additional questions.