Towards the end of the eighteenth century, roads developed by the Scottish engineer, Thomas Telford, had included heavy foundations of rock with an arched surface layer of small stones on top. 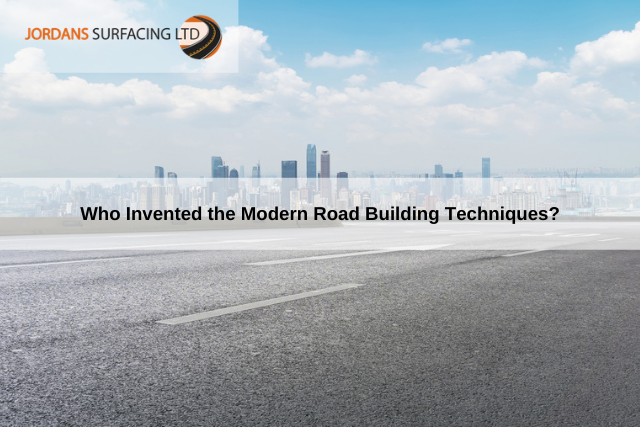 It was a particularly labour-intensive and costly method. However, Telford’s contemporary, John Loudon MacAdam, was about to reveal a revolutionary road surfacing technique that would evolve into the method still used today.

John Loudon MacAdam, an engineer from Moffat in Scotland, completely transformed road building. He dispensed with the heavy foundations, preferring instead to rely on the route’s soil to provide support.

Significantly, MacAdam’s road was almost flat, making it quick and easy to construct. It had a layered surface of carefully selected stones measuring between three-quarters of an inch and three inches.

The aggregate was broken manually to size and finely spread to ensure the layers were of an even depth. The jagged edges of the stones became interlocked as vehicles moved over the surface.

The MacAdam road surface proved to be strong and easy to install. It was also far less expensive to manufacture and during the 1820s, the MacAdam technique was widely used in Australia, America and Europe. MacAdam roads were remarkably durable, but they were notoriously dusty and gradually suffered from erosion caused by heavy rain.

Today’s Tarmacadam road surface was invented by accident. In 1901, the engineer, Edgar Purnell Hooley noticed a spillage of tar with a quantity of small stones spread over it.

The mixture had begun to harden into a solid, smooth surface that was moisture-resistant and dust-free. Hooley saw its potential and patented it as Tarmacadam. A short while later, Radcliffe Road in Nottingham became the UK’s first to have a modern Tarmacadam surface.

Tarmacadam has been in use ever since. It’s versatile, economical and easy to install. At Jordans Surfacing we use it for many commercial applications. We also provide homeowners with driveways that are cost-effective and virtually maintenance-free.