The road surfaces in use around the world are designed to suit the terrain of specific environments such as forests and deserts. Experienced Road Surfacing Contractors rely on traditional methods of using the natural material of the area or modern surfaces such as bitumen. 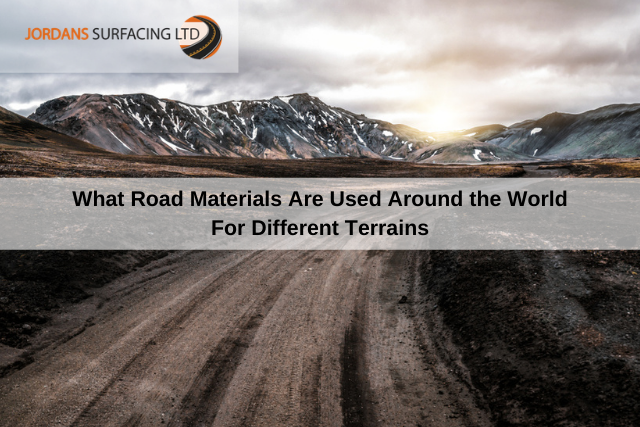 The choice of material is usually determined by the amount of traffic, the climate and the need to preserve the natural landscape.

Dirt is one of the simplest and oldest forms of road surface. It is usually constructed by compacting the soil along a designated route and can sometimes be reinforced with a layer of gravel.

Dirt roads are used across farmland throughout the world, Bavarian forests and the large open deserts of countries such as Nigeria, Paraguay and Australia. It’s generally suitable for light or occasional traffic and is often termed a dry weather road as it can become impassable in heavy rain.

Carriageways constructed from timber were once common in Perth in Australia, New Jersey in America and many settlements in Canada. They provided a flexible surface for terrain filled with swamps and flood plains.

Although they have now been replaced by modern bitumen surfaces, wood plank is still in use in the town of Harrington Harbour, Quebec, where the landscape along the St. Lawrence River is particularly rugged and waterlogged.

It’s a multi-purpose road that’s ideal for many terrains including Alaska where the land is unstable due to extreme winter temperatures. As the bitumen ages, it becomes brittle and eventually cracks to form potholes.

Regular maintenance can extend the life of the road. At Jordans Surfacing, we have more than thirty years of experience in Pothole Repairs for all types of road surfaces in and around South Wales. Our superior pothole repair service is fast, efficient and leaves roads as good as new.