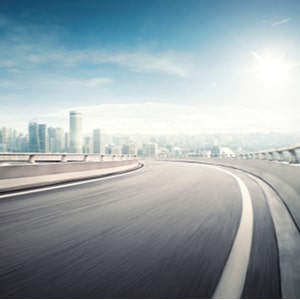 While we often take roads for granted, the fact of the matter is that these hard and durable surfaces have undergone a significant amount of changes in the past few centuries. This is critical to recognise, as modern road surfacing offers a level of safety and protection that would have been nearly impossible 100 years ago.

One of the most important changes took place with the introduction of tarmac. The history of this revolutionary material is quite interesting, so let us take a quick look at how it was initially discovered as well as the role that it now plays within countless construction projects.

As with many construction materials, the initial discovery of tarmac occurred by accident. A man by the name of Edgar Purnell Hooley was walking past a newly built road in 1901. He happened to notice that a nearby barrel of tar had fallen over.

Local construction workers used slag to help clean up the accident. However, Hooley immediately observed that the resulting surface material was much more durable when compared to other substances (such as gravel) that were commonly used at the time.

After additional investigations, Mr. Hooley took the next step and filed for an official patent in 1902. This was soon followed by the creation of the TarMacadam Syndicate in 1905. The firm was then renamed to Tarmac Limited a short time later. It is this name that is still recognised throughout the world and well into the present day.

A Humble and Yet Critical Substance

Many of the surfaces that we have come to take for granted would not be possible without the presence of tarmac. From major motorways to airport runways and even the average driveway, the durability of this substance provides numerous cost-effective benefits. Of course, the durable nature of tarmac is also an excellent safety feature.

Would you like to learn more about the uses related to tarmac or are you interested in scheduling a consultation with a team member? Please do not hesitate to contact Jordans Surfacing so that we may be of further assistance.